Richarlison was one of the three Everton players on target during the opening weekend of the new Premier League season as the Toffees came from behind tobeat Southampton. The Brazilian international made the Everton starting XI around a week after his heroics at the Olympic Games. He was part of the Brazil squad that won gold medal at the recently concluded Tokyo 2020 Olympics. 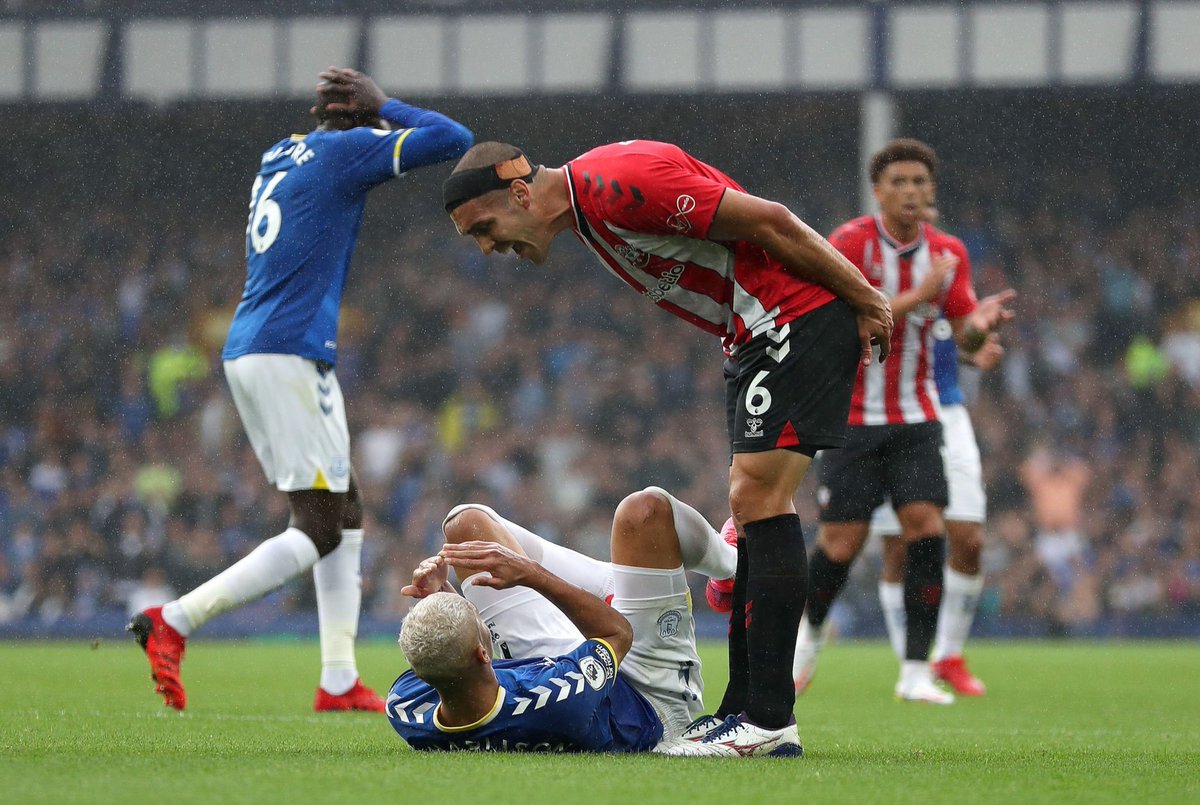 Brazil national team player Richarlison scored the equaliserfor Everton at the start of the second half. He restored parity for the Merseysiders with two second half minutes on the clock. The Brazil international cancelled out the first half strike from Southampton player Adam Armstrong.

The Saints paid £15m to sign Armstrong from Blackburn Rovers in the English Championship and he delivered on his debut for the club with the goal which gave his team a slender 1-0 lead at the halftime interval. He scored the opening goal of the Premier League encounter played at GoodisonPark around the midway point of the first half.

Everton recovered from that first half strike from Adam Armstrong by netting three second half goals to win the game which was the first one for new manager Rafael Benitez competitively.

Benitez was not a popular choice amongst the Everton fans due to his allegiance to Merseyside rivals Liverpool in the past and he was able to avoid major criticisms on the opening weekend of the new Premier League campaign thanks to the goal from Brazil player Richarlison. His equaliser paved the way for Everton to win the game against the Saints in the final 15 minutes. The Toffees scored two goalsin five minutes courtesy Frenchman AbdoulayeDoucoure and England international Dominic Calvert-Lewin.

Ex-Watford midfielder Doucoure scored the second goal for Everton on 76 minutes before Calvert-Lewin wrapped up the win five minutes later.