Brazil will be without Neymar for the upcoming game against Venezuela after he has picked up a suspension due to excessive yellow cards. 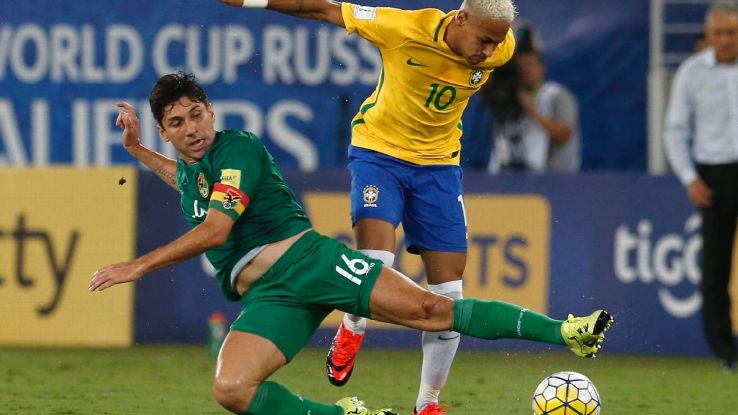 Manager Tite says that the it is about time the Barcelona superstar showed some maturity and stopped collecting unnecessary cautions. Neymar is undoubtedly one of the important players within the Brazil team. A lot hinges upon the 24-year-old especially in attack. After having made a brilliant start to their World Cup qualification campaign under Tite, the national team are desperate to maintain this form. They have seen the likes of Argentina struggled even with world-class players in their squad.

Tite, hence, it is aware that Brazil can also be such conditions if they do not play well. The importance of Neymar in the Brazilian team was displayed in the recent game against Bolivia. Even though the opposition are not considered as one of the strongest in the South American qualification campaign, Neymar came up with one goal and two assists. In his absence, Tite will have to rely on players like Roberto Firmino or Philippe Coutinho.

“There were mistakes from the referee, with an excess of fouls derived from a lack of punishment to them. And we - Neymar and me - we need maturity to understand that we’ll have to bear these kind of situations, too. What happens sometimes, and it did happen, regarding the card, was - in the first place - an excessive amount of fouls aimed to emotionally destabilise the squad, to provoke situations. the team must be strong without Neymar. It is inhumane to put everything on Neymar,” said Tite.