Flamengo striker Pedro has now scored nine goals in five games since being linked with Premier League duo Crystal Palace and Fulham by Tuttomercatoweb. A fortnight ago, ESPN ran a piece suggesting that 25-year-old Pedro could be a surprise star for Brazil at the Qatar World Cup. The striker’s current form certainly suggests they’re onto something, with the Flamengo talisman enjoying a patch as purple as a certain signing dinosaur. 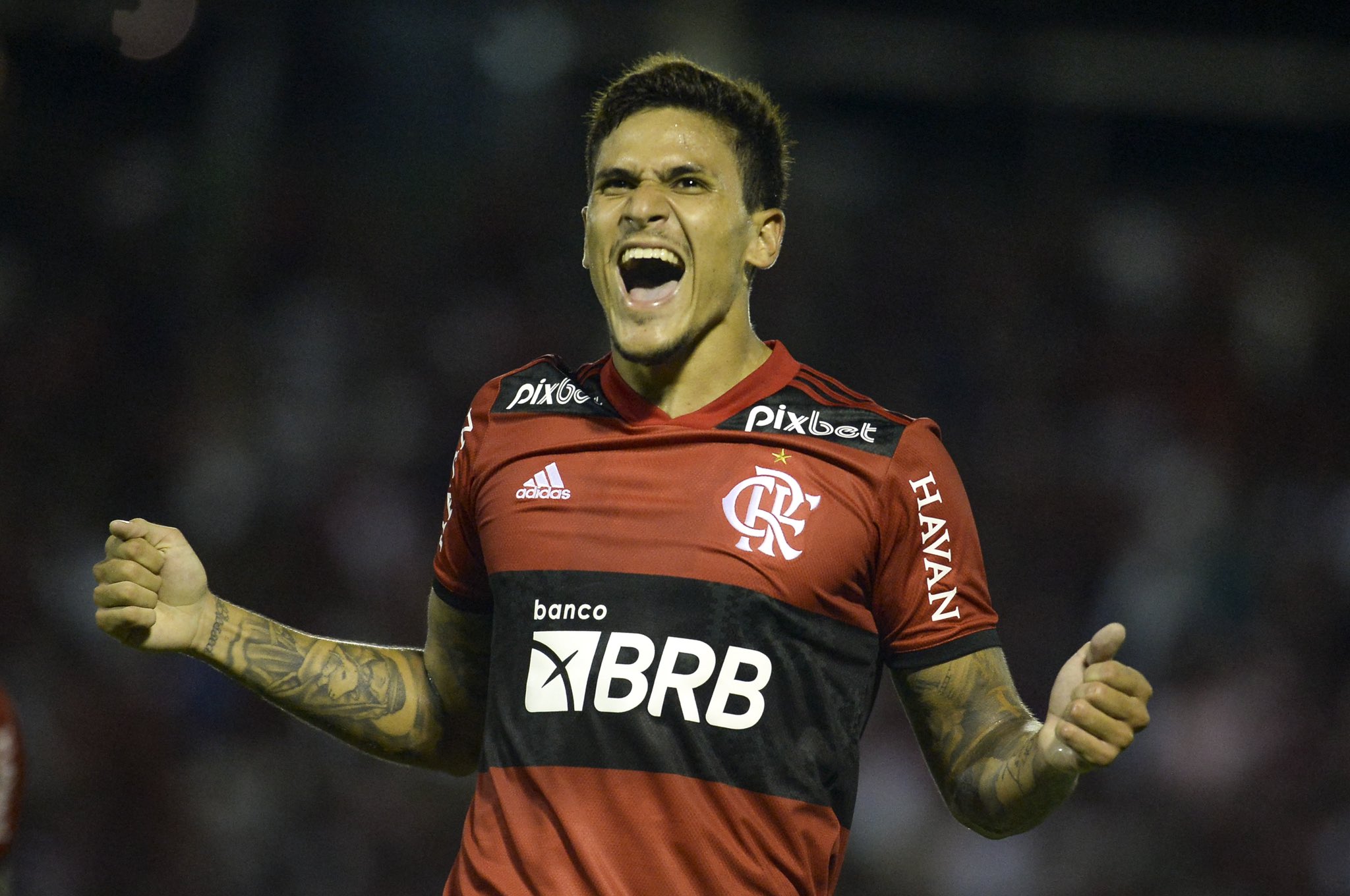 After scoring four times in 7-1 Copa Libertadores thrashing of Colombian outfit Deportes Tolima, Pedro then hit braces against both Juventude and Avai. That’s nine goals now in his last six games. You certainly wouldn’t believe that the one-time Fiorentina forward was enduring the longest goal-drought of his Flamengo career earlier in the summer. Then again form, as they say, is merely temporary. According to TMW, Crystal Palace and Fulham are interested. So are a number of Serie A clubs, willing to overlook Pedro’s less-than-impressive four-game stint at the Stadio Artemio Franchi back in 2019/20.

The report adds that Flamengo may be willing to accept loan offers. That is despite the fact they rejected a £30 million bid from rivals Palmeiras not so long ago, a fee that would have made Pedro the most expensive footballer in the history of Brazil’s top flight. On current evidence, Pedro is certainly a risk worth taking. What a rather awkward and gangly centre-forward lacks in aesthetics, he more than makes up for with efficiency. Give him service and he’ll find the net at a more-than reliable rate.
Guillem Balague reported in March that Southampton, Brighton and Wolves were also looking at Pedro. All three clubs remain in the market for attacking reinforcements. Wolves, after all, are still worryingly reliant on Raul Jimenez. And, what’s more, the Mexican has only performed in fits and bursts since that horror injury two years ago.