Arsenal centre back Gabriel Magalhaeswas sent off against Premier League defending champions Manchester City when the two clubs met in the league this weekend. The Brazil defender received two yellow cards in the space of two minutes for an early bath and his dismissal had a big influence on the outcome of the game. Buoyed by the sending off of the Brazil player, Manchester City were able to record a 2-1 win with Spanish international Rodri Hernandez getting the all-important second goal in the 93rd minute. 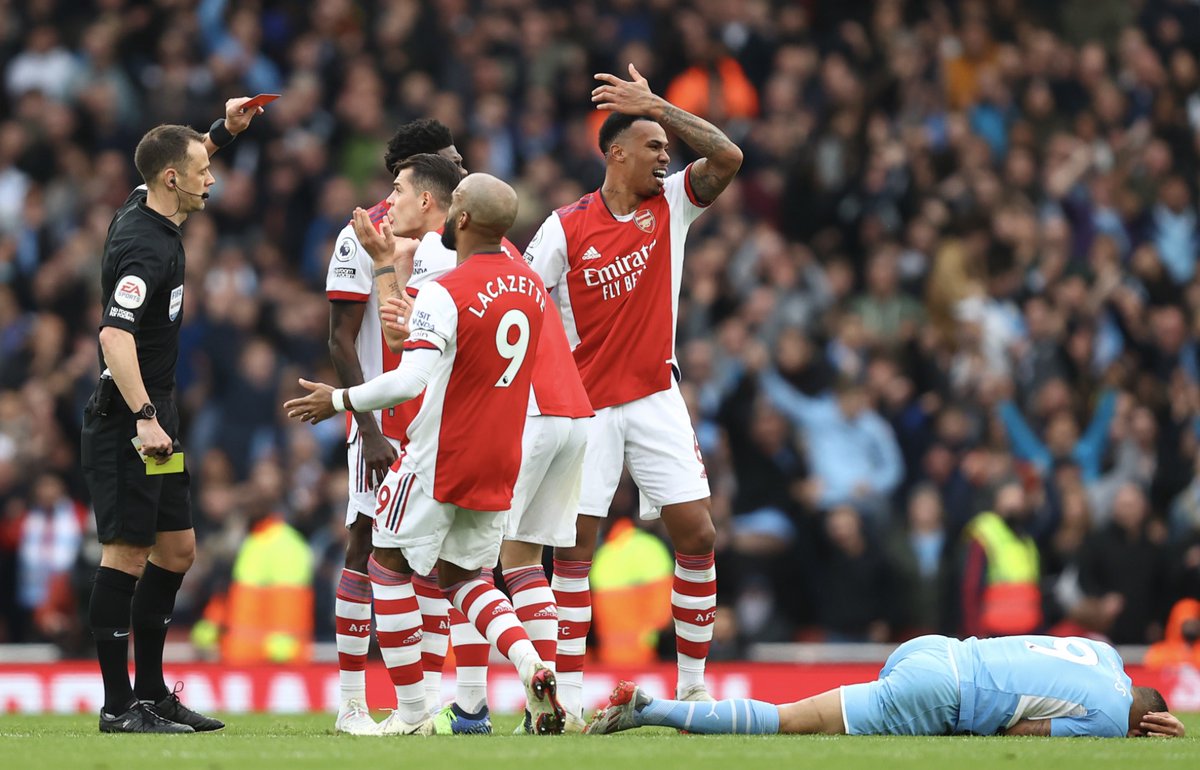 Arsenal had earlier shot into the lead throughBukayo Saka as he found the back of the net from a Kieran Tierney cross for his fourth Premier League goal in three games. His 31st minute strike was enough to give the Gunners a slender lead at the half-time interval. The North Londoners were good value for the lead after an impressive first half showing.

Manchester City were given a lifeline to get back into the game when Bernardo Silva was adjudged to have been brought down by Granit Xhaka upon VAR check by the centre referee, Stuart Artwell. Algerian star RiyadMahrez scored the penalty to restore parity for his team in the 57th minute. Two minutes later, Arsenal were down to ten men when Brazil star Gabriel Magalhaes was given his marching orders for a second yellow card after a foul on compatriot and Manchester City striker Gabriel Jesus. Gabriel had earlier been booked for complaining about the award of the penalty.

Manchester City didn't take advantage of the numerical superiority until the 93rd minute when defensive midfielder Rodri Hernandez scored the winning goal from close range to give the Citizens a 2-1 away win and move his team eleven (11) points clear of the chasing pack.