Brazil international Gabriel Jesus has now scored in two successive gamesfor Manchester City after he found the back of the net during the 4-3 win at home to Real Madrid in the first leg of their Champions League semifinal tie. The Brazil national team star made it five goals in his last two City games when he doubled the advantage for his team after Kevin De Bruyne had given the Premier League champions the lead via a header. 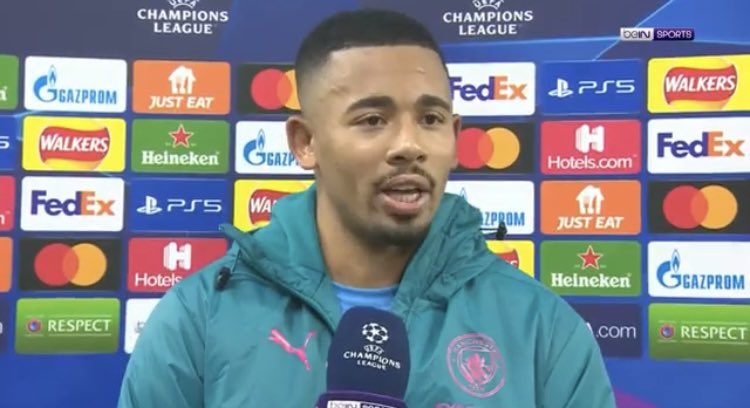 Manchester City star Jesus has been strongly linked with a move to fellow Premier League team Arsenal ahead of this summer's transfer window, but speculation over his future has not affected him as he continues to show his goalscoring prowess on the pitch.

Jesus scored four times for Manchester City during their Premier League home clash with Watford on Saturday with the English champions running out 5-1 winners. The Brazil international had scored just three times in the Premier League this season before he took his tally to seven goals against the Hornets. With the help of his goals, Manchester City were able to move four points clear of title rivals Liverpool at the top of the table. Liverpool reduced the gap to one point thanks to the 2-0 home win over Everton in the Merseyside Derby on Sunday.

For the Madrid game, Manchester City missed several opportunities to extend their advantage over the Spaniards to more than two goals, but they were unable to take it with leading goalscorer Karim Benzema pulling one back for Real Madrid to ensure that City only led 2-1 at the break. In the second half, Bernardo Silva and Phil Foden scored for City, while Benzema and Brazil international Vinicius Junior were on target for visitors for a 4-3 scoreline ahead of the second leg in Madrid on Wednesday.