Real Madrid forward forward Vinicius Junior is set to be rewarded with a new contract extension at the Santiago Bernabeu, according to multiple reports from various sources across Europe. The Los Blancos are reportedly set to offer 21-year-old talismanic forward Vinicius Jr. a new long-term contract running until June 2027. 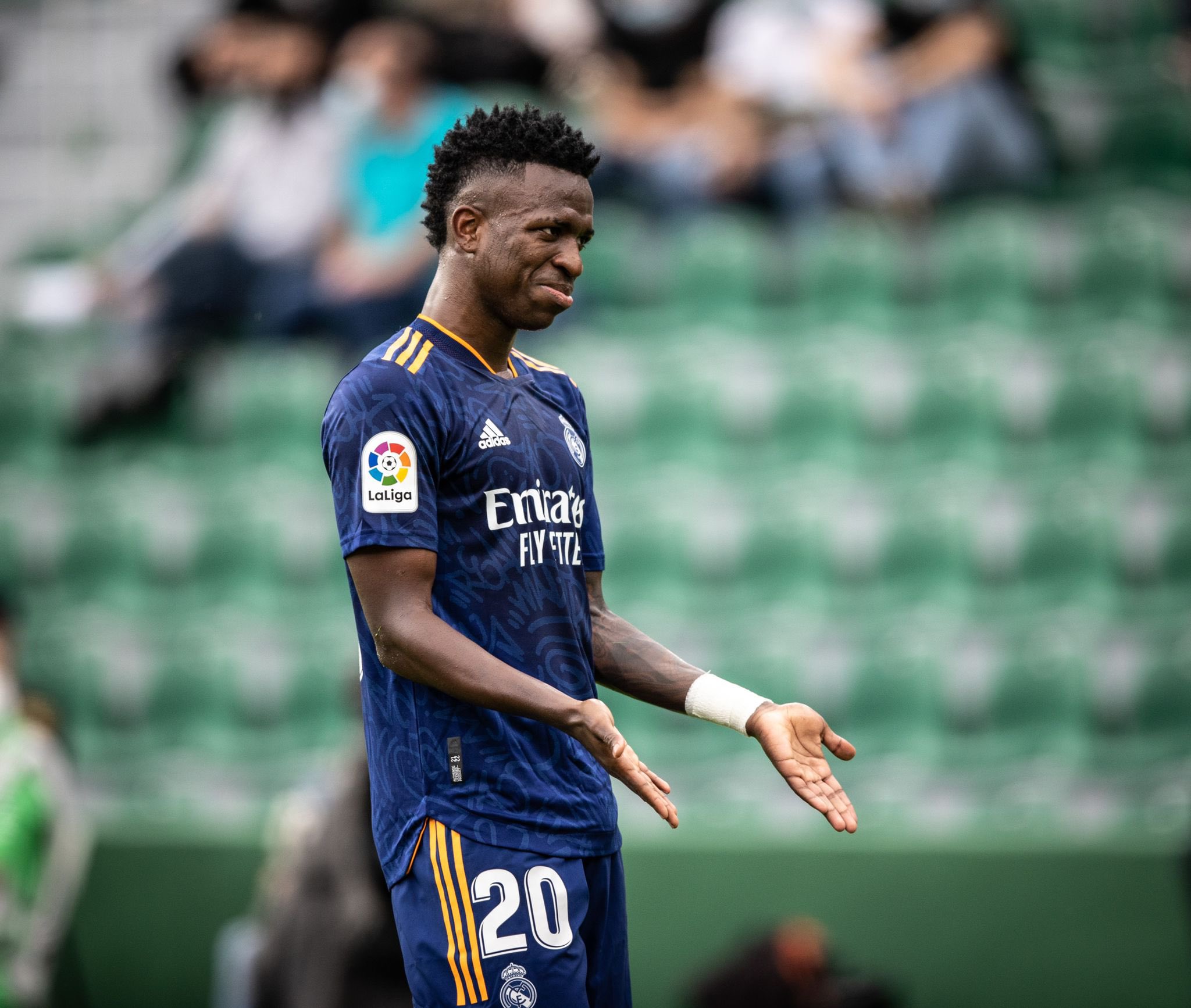 According to reputed Italian journalist Fabrizio Romano, Vinicius Jr. will soon be in discussions with Real Madrid over a new long-term contract. The Spanish giants are eager to secure the future of their 21-year-old talismanic forward, with the new deal running until June 2027.

Vinicius Jr. joined Real Madrid from Flamengo in July 2018 on a sizable eight-figure deal and has since come a long way at the Santiago Bernabeu. While the Brazilian international has shown promise since his first day with the Real Madrid senior side, he has only started harnessing his potential properly in the ongoing campaign.
The 21-year-old has become a talismanic figure for Real Madrid this term, amassing 16 goals and ten assists in 34 appearances across all competitions. Vinicius’s exploits have prompted several high profile clubs across Europe to start showing an interest in him ahead of the summer transfer window.
The Brazil international forward has most recently been linked with Manchester City, while Paris Saint-Germain and Manchester United have also shown an interest in signing him from Real Madrid. But the Merengues unsurprisingly have no intention of parting with Vinicius Jr. anytime soon.
In fact, Real Madrid will soon table a new long-term contract to the 21-year-old, which will run until June 2027. While Vinicius’s current deal does not expire until June 2024, Real Madrid will likely be offering a more lucrative wage package to ward off prospective suitors. It's safe to say that Vinicius has earned a new contract and his meteoric rise could continue as well.